Mt Kilimanjaro is the world’s tallest free standing mountain and Africa’s highest point. Rising breathtakingly over the plains of the savannah in northeastern Tanzania near the Kenyan border, it’s a sight to behold and conquering it ranks high on many adventurer’s bucket lists, making it a major destination for mountaineers and trekkers from around the world. It’s also inscribed on the UNESCO World Heritage List.

Its central cone, Kibo, rises to 19,340 feet (5,895 meters), the mountain lies about 100 miles (160 km) east of the East African Rift valley, about 140 miles (225 km) south of Nairobi, Kenya. It consists of three principal extinct volcanoes: Kibo (center), Mawenzi (east), and Shira (west).
Kibo, the youngest and highest, retains the form of a typical volcanic cone and crater and is linked by a 7-mile (11-km) saddle at about 15,000 feet (4,500 meters) with Mawenzi (16,893 feet /5,149 meters), which is the older core of a former summit. Shira ridge (13,000 feet [3,962 meters]) is a remnant of an earlier crater. Below the saddle, Kilimanjaro slopes in a typical volcanic curve to the plains below, which lie at an elevation of about 3,300 feet (1,000 meters). The breathtaking snow-clad dome of Kibo contains a caldera (crater) on its southern side that is 1.2 miles (2 km) across and some 980 feet (300 meters) deep, with an inner cone that displays residual volcanic activity.  The Mawenzi cone is highly eroded, jagged, and precipitous and is cleft east and west by gorges. Only Kibo retains a permanent ice cap.

Wildlife is abundant on and around the mountain, much of which is unique to the region. Climatic conditions throughout the mountain vary starting from the bushland on the bottom to the Arctic ice region on top. There are tropical rainforests, evergreen forests, moorlands and the alpine desert regions in between. Although there are not many animals on the mountain itself, buffaloes and even elephants can sometimes be seen at the foot of the mountain.
Throughout the climb, temperatures vary considerably with the altitude and time of day. Mount Kilimanjaro has five major ecological zones, each approximately 1,000 m (3,280 feet) in altitude. Each zone is subject to a corresponding decrease in rainfall, temperature, and life as the altitude increases. At the beginning of the climb, at the base of the mountain, the average temperature is around 27-32°C (70°F to 80°F). From there, the temperatures will decrease as you move through Mount Kilimanjaro’s ecological zones. At the summit, Uhuru Peak, the night time temperatures can range between -18°C to -26°C (0°F to -15°F). Due to Mount Kilimanjaro’s great height, the mountain creates its own weather. It is extremely variable and impossible to predict. Therefore, regardless of when you climb, you should always be prepared for wet days and cold nights.

The town of Moshi at the southern foot of Kilimanjaro is the chief trading center and base for the ascent.
Below is our recommended route and itinerary.

The Rongai route is scenic, has a gradual slope and is highly recommended, especially for those with less backpacking experience.
Read More 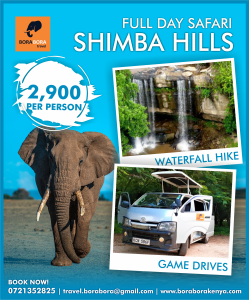